Life After Death – a comparison between the traditional Venda religion and the Christian tradition marks the fourth publication from the 84-year-old author, Dr Muthuphei Rufus Ndou. It follows almost four years after the publication of his third book, in 2016.

Ndou's latest book found its basis in the academic field as a thesis that was submitted in pursuit of his master's degree in theology at the University of Venda. The paper was submitted to the university in 1993. He had now refined that thesis, packaged and published it in book format for general consumption.

“The maintenance of the belief in the life hereafter by the Vhavenda Christians is not only a recipe for conflict between the concerned Christians and church leaders but also between theologians,” said Ndou. “Some maintain that belief in the life hereafter should not be entertained at all because it weakens one's faith in the Biblical God, and others maintain it strengthens one's faith in the Biblical God.”

In his insightful preface to the book, Prof MP Moila writes that Life After Death offers an interesting and profound explanation of the Vhavenda consciousness of the presence of God among them.

“The author believes that the belief in life after death strengthens Muvendas’ belief in the Biblical God rather than [weakening] it,” Moila said. “For a Muvenda Christian, God is in charge of both the living and the living dead. Thus, the author strongly and convincingly argues that belief in the life hereafter is not a threat to the Vhavenda belief in God the father of Jesus Christ and who for them is the source of all power, the Creator and Redeemer of humankind from sin.”

Life After Death is a book worth reading and those interested in it can contact the author on 082 637 9903. 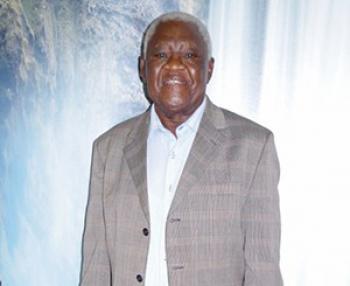 Dr Muthuphei Rufus Ndou is a writer of note.