Alkhatel sings about joys of life

Rembuluwani Mbulaheni, who is known as Alkhatel in the music industry, has become the doyen of Afro-Pop in the area.

He was born at Tshakhuma and grew up at the Xivambu section of Bungeni village.

“As an artist, I'm a singer and I have only one mission, which is to make people happy whenever I'm on stage,” he said. “I first discovered my singing talent back in 1999 at the church. I became a church choir member in 2005.”

He recorded his first album in 2010, with Bil Records, and his first gig was at the Thabelo Funerals’ grand opening ceremony, where he wowed hundreds of guests. “I was known as Limpopo Boy then, and my then promotions manager, Mashudu Mabidi, had secured a gig for me,” he said.

He later fell in love with the Afro-Pop genre in 2015. He was lucky enough to meet Dupa, aka Masuvhelele, who then introduced him to Masana Records. “I recorded my first single, Tshipengo, with them, followed by Ndi Party Yanga,” he said. “I later cemented my career with tracks such as Nothing on you, Dzhavhelo, and Tshidi.”

“Music is the only universal language spoken and understood by all people and that is why I always relate with everyone musically when I am playing my music,” he said.

He was largely inspired by Tekno, who is a highly talented singer. “He has achieved so much in music, and I am awed by the fact that he has performed his music for millions of fans and people who love music at major international festivals,” he said.

“We are currently living in a crime-infested society in which music can play a huge role in fighting against crime,” he said. “We just need to press the right buttons – which are a mixture of good sounds and meaningful lyrics.” 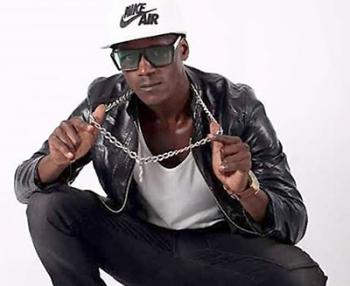