The talent of reggae artist Ishmael Mudau is shining brightly on the recently released double CD-music video, Zwi da na nwaha zwi da zwa fhira. Some samples from the project were recently made available freely on YouTube, and they are proving to be the work of an experienced craftsman.

“The video is from the double CD album, The Best of the Best, which was released late last year and is available exclusively from online stores,” he said. “Zwi da na nwaha zwi da zwa fhira is receiving massive and favourable response from music lovers in that I am tackling the issues that are relevant to today’s life.

Mudau was confident that his latest project was bound to penetrate the international reggae market, which he had been yearning to crack for some time now. “I have been witnessing my growth as an artist, and now I am confident to say that it’s my turn to shine even more.”

“All I can say is to advise all those who love my music to stop sharing it via WhatsApp and other social media avenues and start supporting local artists by buying original music,” he said. “If you share my music illegally, you are literally killing my art, for I pay a lot of money to record my music. I also take a lot of time writing and composing my music.”

His music is available from more than 40 online music stores, some of whom are iTunes, Spotify, Deezer, Tidal, Apple Music, Google Play, and Audiomack. 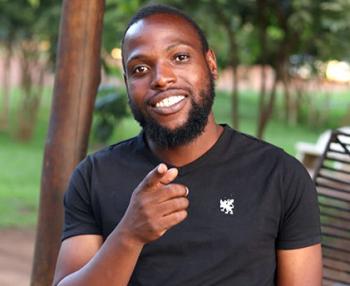