The power of social media

If you want to prove that perseverance is the mother of success, ask local traditional gospel star Adziambei Christopher Netshianane, famously known as Adziambei N in the gospel music fraternity.

His first traditional gospel music album sold only ten copies way back in 2010. But the zealous vocalist did not give up because he had set realistic goals for his music career.

A video clip of him singing for old ladies in his village of Smokey (Tshishiru), which started circulating two weeks ago, left social media users impressed with his singing talent. With five traditional gospel albums under his belt, Adziambei N is currently one of the hottest traditional gospel music acts locally.

He said the future looked bleak when he released his first album in 2010. “My first album, Muthu ndo mu vhumbelani, performed very badly. Had I been someone who did not have a goal, I would have left the music industry a long time ago. Imagine an album selling only 10 copies! Despite the poor performance of that album, I continued to sing, knowing that God had put something good for me as time went by.  I was not surprised when the wheel of fortune turned for me this year as I’m one of the sought-after acts in the local traditional gospel music industry.”

He confirmed that, since the emergence of his video on social media, he had been receiving countless calls from people who wanted his music. “Because of the lockdown, it is difficult to deliver my music physically, but I’m now selling it through WhatsApp. I go to sleep late each night because of the long queue of people on my phone whom I should send my music to. Frankly speaking, my music is selling, and I owe this to the power of social media.”

A staunch member of the New Revelation Apostolic Church, his music journey started with the local boys’ choir in 2009. “Over the years, I have worked with different artists, such as Thendo Mukwevho, Khathu Phaswana, Rendani Munyai, Raele Mukwevho and Asnath Mulaudzi. My career took a turn when I met Jerry Navhani, who mentored me to be what I am today.” 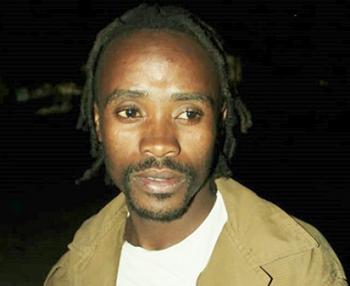 Since his singing clip emerged on social media two weeks ago, Adziambei N has been admired by many. Photo supplied.