Meet the winner of Let Your Voice Be Heard

The winner of the Let Your Voice Be Heard competition, Hlulani Honours Sithole, is a highly talented vocalist who can also stand his ground as a pianist during live performances.

A singer and producer of high note, Hlulani is a resident of Majosi village. “I discovered my gift years back when I was 15 years of age at a church during a youth prayer and fasting programme,” he said. “At first I thought it was a once-off session assisting the mother pastor since she was ministering alone.”

He remembers that he had to hone his piano skills from a young age in the church, because he loved music with his whole heart. “My live-band experience came from that period,” he said. “I am a member of the Oasis Vineyard Church and this is the fountain from which I get my spiritual guidance under the guidance of Pastor Rueben Maswanganyi.”

In some of his projects, he had worked with artists such as Ndivhuvho Maremba, Rec MT from North Side Empire, Witness Neo Lambani, Prifix, Kashflowtoofab, NT Boy, Bheki khoza (BSK) and Supreeme.

“As a gospel singer I was largely inspired by Pastor Rueben Maswanganyi in 2018,” he said. “The reason many people got to know me was through the gospel genre, although I still do other music genres such as RnB and hip hop. Haku khensa (vho fanelwa) is my gospel hit single that is currently making waves in most parts of the country.”

He believes that music is one of the key factors of positive influence in a society and he paraphrases II Chronicles 20:22. “After God receives praises He sends an ambush against an enemy that is invading Judah and they begin to lose against Judah,” he said. “This should give us an understanding that the battles we face as the society are not ours but the Lord’s. We should all sing praises to the Lord as He takes charge to assist us in our societal challenges.”

At one stage he relocated to Gauteng, where he joined Chariots of Fire Tabernacle (COFT), which is a church that also has the best interests of the youth at its heart. “Becoming the first winner of the Let My Voice Be Heard competition earned me a chance to work with Gundo Gee on a project that will be released on all digital platforms soon,” he said. 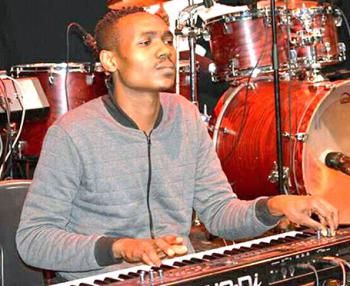