The results of Tee Jay’s hard work will finally come to light when he releases his much-anticipated music video on 31 October.

The video is entitled Ha tsha pfa, which is one of his recent single tracks. Tee Jay, who resides at Thathe Vondo village, is best known for being one of the few independent artists in his village to have reached commercial success after he won the prize for Best Performance Act at the Tshikunda Africa Awards in 2013. “My talent has reached a high level of maturity and this is seen with the kind of music I am now releasing,” said Tee Jay, born Tshiphetho Mulaudzi.

He currently has two tracks performing well on community radio, which are Ri songo vhengana and Doing better. He is one hardworking artist whose star will soon shine brightly in the music industry. “Meanwhile, I am nearly done working on my new album, which will be available any time from now,” he said. “But I am yet to announce the exact release date of the album that will be available from all digital stores. In the meantime, I will be uploading some samples from the album on YouTube for free access.”

Tee Jay, who recorded his first single track in 2011, released his first mixtape, entitled Hayani (Home), in 2018 and made it available online. He stated that the true beauty about music was that it connected and brought messages to the people and even worked as a healing ointment for broken spirits.  “My new video will be available online for free viewing and downloading,” he said.

For more of his music, people can visit https://hearthis.at/tee-jay/ or Tee Jay’s Facebook page (Artist Tee Jay). For bookings and more information, kindly contact Lufuno at 076 197 3775 or send an email to teejaymulaudzi@gmail.com. 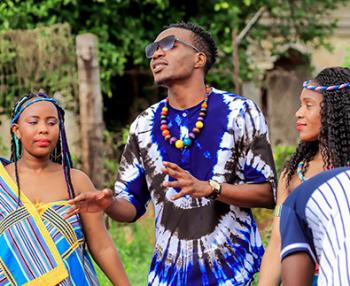