As expected by his many avid supporters, Shaun Cross has finally released his latest seven-track EP.

“On one of the tracks, Focus, I urge people, especially the youth, to switch on and focus their energy on the possibilities of success, while on Rest I advise them to take a rest afterwards,” he said.

With a wide range of songs that evoke deep emotions, the EP addresses various issues, such as love, family, and heartbreak – the very things that inspire his unique flow the most.

“Becoming a prominent rapper has always been my dream and my immeasurable love for rap came back vigorously when I won two awards in a talent show at the University of the Free State,” he said.

This artist has had a long journey towards finding his voice and establishing himself as a full-fledged musician. “I fell in love with rap at the age of 16,” he said. “I started investing in recording equipment and started my rap journey, but I had to put that on pause to first finish my matric.”

His first mixtape, titled Story Teller, came out in 2018. “I released my second mixtape, titled Underrated, in 2019, on which I collaborated with the popular singing sensation Azana.”

Shaun Cross’s EP, which features his hit song You’re The One (featuring Ellah K), is available on all digital platforms such as Youtube, Spotify and Apple Music. For more information and enquiries, email him at shauncross@thandaza.com. 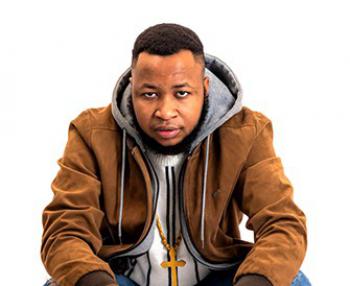