In the short video clip, performed with a Tshivenda malende (traditional dance), Tshikalange is socializing with friends while leading the song that has made him an instant sensation on social media.

Tshikalange, who goes by the name ‘Zamani Tshikalange’ on Facebook, happens to be the son of the well-known late prophet Nthembuluseni Cornelius Tshikalange (Vho-Tshikalange vha muporofita), who was a staunch member of the United African Apostolic Church (UAAC). Tshikalange drew his inspiration from his father, who passed away in 2001. “My father was a gospel preacher who led a church here at home. He would compel us to sing one by one and compel us to preach at church. That ignited the love for both singing and preaching the gospel at a young age.”

Today Tshikalange is a preacher at the UAAC too and entertains audiences at social gatherings and church conferences. “The pressure I get from music lovers has led me to record four traditional gospel music albums that I personally distribute to church members. I did not submit my music to radio stations because I consider my God-given singing talent as an obligation to share the gospel, and not to use as an instrument for making money. Some of my fans reward me with cash, but I give out most of my music for free in order to spread the word of God.”

Through this latest video on social media, Tshikalange was approached by the Tshivenda Traditional Music Organization and invited to form part of their Tshivenda traditional music development programme.

The founder of the Tshivenda Traditional Music Organization, Ishy Malala, said they were impressed with Tshikalange’s talent. “He is a very good singer who has a bright future in the music industry. That is why we chose him to be among one of our four artists who will release a joint album in due course. This is part of our developmental project where we record unrecognised talented artists and release their music free of charge.” 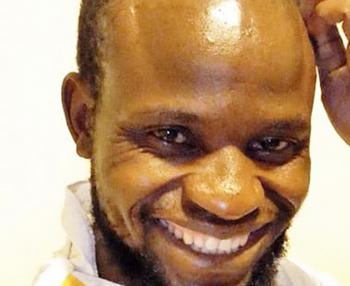 Nndweleni Joshua Zamani Tshikalange of Muhuyu village has a bright future ahead of him in the music industry.