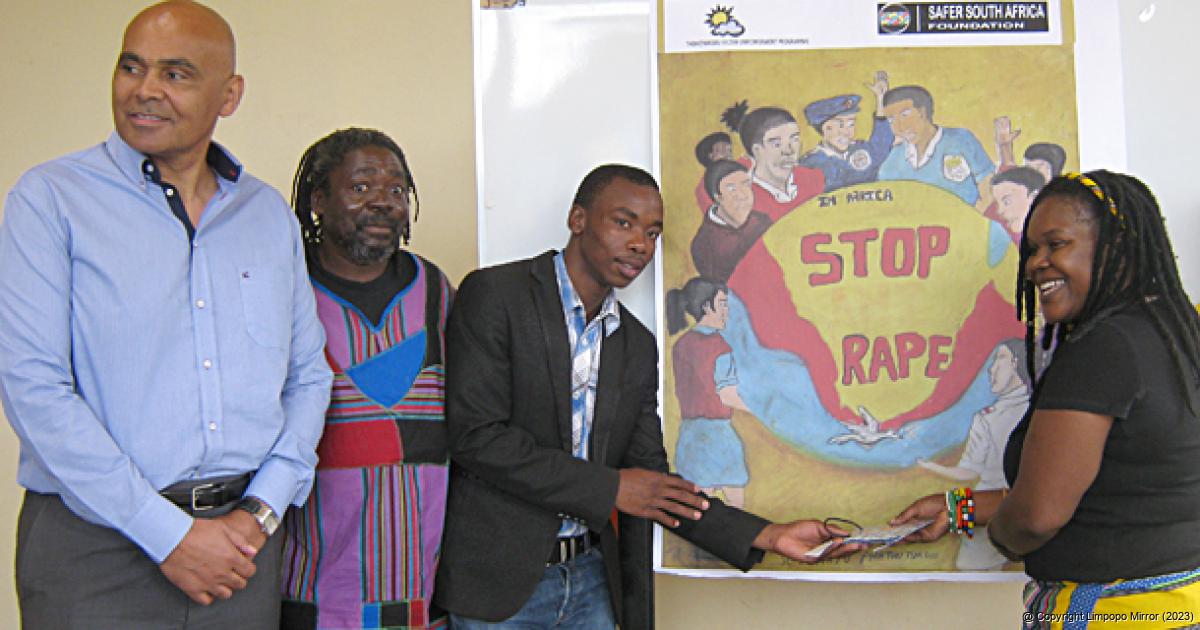 Realising that the number of rape cases in villages such as Tshisaulu, Phiphidi and Tshiombo were increasing, the Thohoyandou Victim Empowerment Programme (TVEP), in conjunction with the Safer South African Foundation, has organized a competition where the participants can sketch anti-rape posters.

“We organized at series of workshops at the affected communities about where the victims can go and what they can do when they are raped. We also encouraged our communities to draw posters that show us more about the fight against rape,” said TVEP’s community mobilization coordinator, Ms Nkhumiseni Tshivhase.

She said her organisation had also organized judges for the drawing competition. Speaking during the prize-giving ceremony at the University of Venda Art Gallery a fortnight ago, the chairperson of the Safer South African Foundation, Dr Simon Farisani warned people who continued to rape that they would be sent to prison. “Our communities have decided to escalate the war against your crime of raping people, and you will suffer the consequences. People who rape must be relegated to live outside the communities and be sent somewhere, because they don’t deserve to stay with us,” said Farisani.

The overall winner, a Grade 11 pupil in Mphalaleni Secondary School, Phatutshedzo Sotshayo, was over the moon to learn that he had won the anti-rape drawing competition. He said he started learning to draw things like people and cartoons at an early age and he was also doing drawing as a subject at Mphalaleni  Secondary School. The second prize of R750 went to Ms Thinavhuyo Muntwuu and the third prize of R750 to Engisani Chauke.