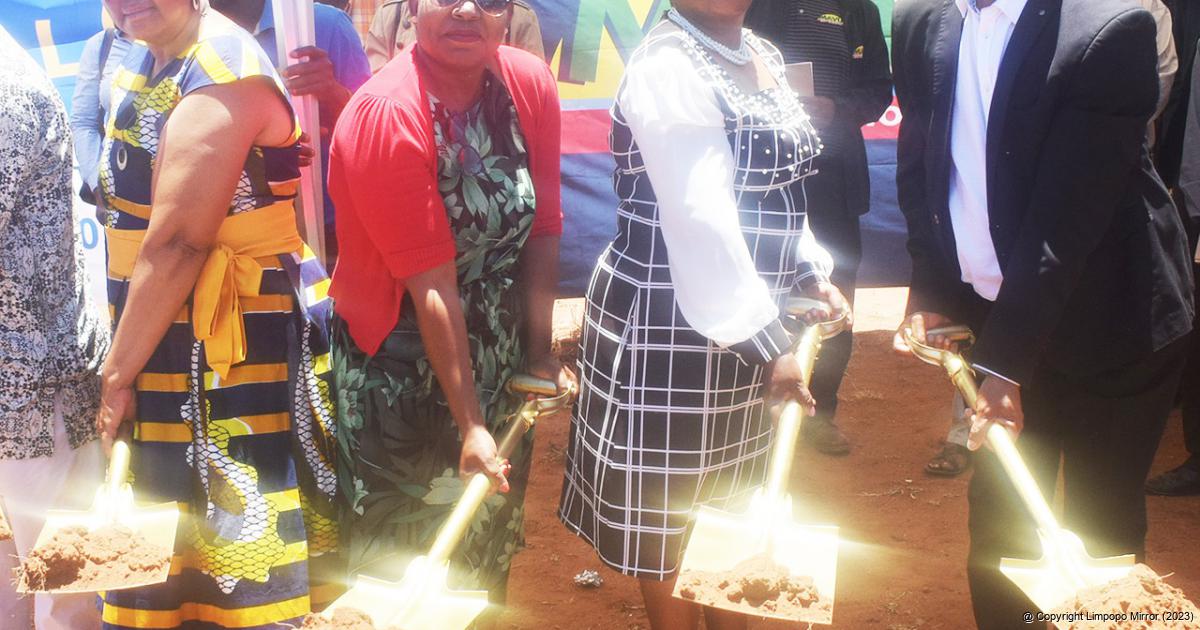 A state-of-the-art sports complex to be built at Muduluni in honour of the late 800-metre track star, Mbulaheni Mulaudzi, who died in a car crash in 2014, is slowly getting off the ground.

In January this year, details of the project were announced amid the usual fanfare and political claptrap. A sod-turning ceremony, attended by several dignitaries, was held at the Kutama site near the Muduluni Higher Primary School. During the event, Mr Matsobane Legodi, provincial manager of the National Lotteries Commission (NLC), announced that his organisation was funding the project to the tune of R15,9 million. He added that the stadium would be completed by the end of June 2018.

The announcement immediately raised eyebrows: Six months and R15,9 million seemed like tight parameters for such an ambitious project. Sure enough, things have not quite run to plan so far. In late August, the stadium site was still a thicket of bush - almost totally untouched by human construction.

Documents reviewed by the Limpopo Mirror suggest that the project is up and running, albeit to a slower schedule. Those involved say that almost two-thirds of the NLC funding has been parked for the time being, pending an additional injection of cash. As one site neighbour, who declined to be identified, told Mirror when it visited the site, progress has been “slow. Very slow”.

The stadium project was the result of a proactive funding initiative by the NLC, meaning that the NLC identified it as an important project, then found a co-ordinator to run it. The co-ordinator in this case was Mavu Sport Development, which thus received the R15,9 million NLC grant.

Mavu is a registered non-profit organisation (NPO) whose vision is to promote grassroots sport. Part of its mission is to create support systems for emerging elite athletes. Mavu previously received funding from the NLC in 2016 (R5,8 million) and in 2017 (R1,9 million), according to NLC reports. Until now, Mavu does not appear to have been charged with leading an infrastructure project.

In an interview earlier this year, Mavu’s spokesperson, former South African Football Association President Mr Kirsten Nematandani, admitted that the projected June completion date for the stadium would not be met. He also said that R15,9 million would not be enough to build the whole facility. For now, only the first phase of the project will likely be completed, Nematandani suggested. This first phase will focus on the building of “combi-courts,” catering for sports such as basketball, netball, tennis and volleyball.

When Mirror followed up on the progress of the stadium two weeks ago, a new player stepped to the fore, namely the Limpopo Sports Confederation. According to its president, Mr Eric Muneri, the stadium is their project, and Mavu was used as a conduit to secure funding from the NLC. Limpopo Sports Confederation is listed as an affiliated member of national sports administrator SASCOC.

In an interview, Muneri said that the confederation had previously used a Polokwane-based NPO, the Limpopo Sports Academy, to secure NLC funding for projects, but that this was not possible on this occasion. He did not explain why, but one reason may be 2015 legislation that forces the NLC to apply a “cooling off” period between projects. This means that organisations that have received NLC funding may not apply again within a 12-month period. The Limpopo Sports Academy received NLC funding every year between 2003 and 2016, running to a total of R62,7 million.

That Mavu was granted the stadium funding despite receiving NLC grants in 2016 and 2017 seems odd. Asked why such consecutive funding was possible, NLC legal manager Mr Tsietsi Maselwa said the stadium project was a case of proactive funding, where the board has the discretion to decide on worthwhile projects.

Maselwa was adamant that the NLC only deals with Mavu on the Mbulaheni Stadium project and that Mavu was not used as a conduit for another body such as the Limpopo Sports Confederation. “The NLC has not dealt with Mr Muneri regarding the funding for Mavu. There are contact people from Mavu who directly deal with the commission,” he said.

Whatever his role, Mr. Muneri is certainly up to date with the latest stadium developments. He told Mirror that while Mavu had received the entire R15,9 million NLC grant for the stadium, it had set R10 million of that aside while it tried to raise a further R10 million in funding.

In July this year, Muneri, accompanied by Kirsten Nematandani, made a presentation to Makhado Municipality’s executive committee. The committee resolved to support the initiative but did not want to commit to any funding. It did say, however, that it would assist Mavu with fundraising initiatives.

The NLC’s Mr Maselwa confirmed that an application was also made to the NLC Board for additional funding to complete the project. “The approach was done by the organisation but same was not approved,” he said. Muneri said that a funding application had also been lodged with the Department of Sport and Recreation.

Little progress at this stage

A site visit two weeks ago showed that very little work has been done on the Mbulaheni Stadium thus far. A borehole was sunk, but of a supposed “elevated tank pool” only four slabs of concrete were visible. The estimated cost of the elevated tank pool and water lines is just over R650 000.

Muneri also made information available on the revised budget for the project. The project managers, Kone Maweja, have already solicited tenders, receiving three bids ranging from R20,8 million to R24,1 million. Kone Maweja made a recommendation as to which company should be used, but according to Muneri, this still needs to be ratified by Mavu. He said that Athletics South Africa would also be consulted to ensure that technical requirements were met.

According to the revised budget, an athletics track and soccer field at the stadium will cost just under R11 million to construct. The basketball, netball, tennis and volleyball fields will cost R605 000, while R350 000 has been budgeted for a fence around the facility.

The NLC says it will monitor the project closely and evaluate its progress. According to its chief operations officer, Mr Phillemon Letwaba, the NLC does not get involved in the implementation of funded projects. “However, we provide any support necessary to ensure that the beneficiary is well capacitated to deliver on the project,” he said. Letwaba said that the NLC retained a team of engineers that reported back on the quality of the work done on all NLC infrastructure projects.

For now, those involved with the project say the delay will ensure that the stadium is built to internationally recognised specifications. “It’s not just a sports complex. It’s a legacy programme,” said Muneri. “We are not going to associate his [Mulaudzi’s] name with anything inferior.”

Early plans for the Mbulaheni Mulaudzi complex. The first phase may only include combi-courts. The athletics track and soccer field may require additional funding. The plans also make provision for a swimming pool and indoor sports arena, but this will in all probability have to wait for further funding approval.