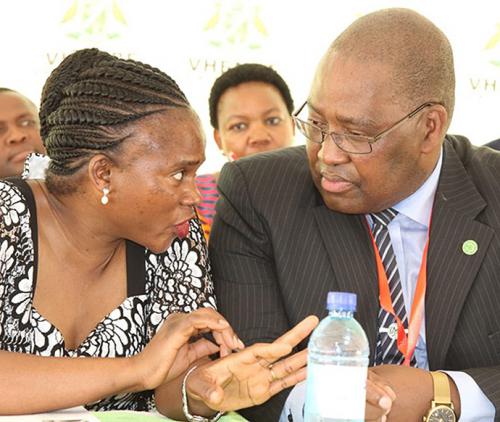 Military ombudsman to help all soldiers and the community

Lt-Gen Themba Matanzima is appealing to former soldiers, soldiers and community members to utilize the military ombudsman to help them with their needs.

Matanzima, who was one of the stakeholders who attended the Vhembe District Municipality’s imbizo held at Zwigodini village outside Tshilamba a fortnight ago, said his office was meant to help both current soldiers, ex-soldiers and the community at large. The office was established in 2012.

“We investigate any complaint by or against soldiers at work. We also help ex-soldiers and their families to claim their money, as we also deal with administrative issues.

“As military ombudsman, we stand for the truth. We challenge unfair expulsion or unfair suspension. We only attend matters if there is a written statement. From there we interview both parties before we draw our own conclusion,” says Matanzima. The ombudsman also helps two sides to settle their differences.

Former soldiers must report their grievances within 180 days of the incident, while community members are given a maximum of 90 days to report their concerns. The ombudsman reports to parliament and the Minister of Defence.

Those who want to contact the Military Ombudsman can call the toll-free number at 080 072 6283. The offices are in Centurion.

Matanzima was born on in 1953 in Cofimvaba, in the Eastern Cape. He joined the Transkei Defence Force in 1977 and was integrated into the SANDF in 1994.