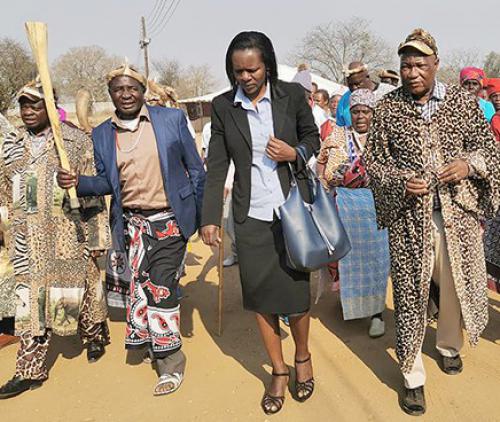 Traditional medicine, not body parts, is the way to go

A well-known traditional healer and president of the SADC Unified Ancestors Practitioners Associations, Dr Mbaimbai Hlathi, has called on traditional healers “not to tarnish their God-given skills of healing people with the use of herbs by using human body parts”.

Hlathi, who made a name for himself by helping many barren people have children, was speaking during a function to celebrate traditional medicine. The event took place on Saturday at the Giyani Stadium and was attended by many traditional healers from around the country, officials from the Kruger National Park, government officials and many community members.

The theme of the day was Traditional Medicine is the Answer.

In an interview, Hlathi said that celebrating and preserving traditional medicine as it had been used by communities for decades as an effective treatment was important. He further indicated that traditional healers should stick to their traditions and desist from killing people for ritual purposes.

"Our gods gave us a whole land for herbs that are used to cure the different diseases. Why should we go out and kill others for their body parts? We are saying it here that those who use body parts are not part of us. They are fake healers who are tarnishing our noble profession of healing people.”

He described them as “fly-by-nights” and said that they should be exposed and punished by the law. “Ours is the task to heal people and not to kill others in order to heal,” he said.