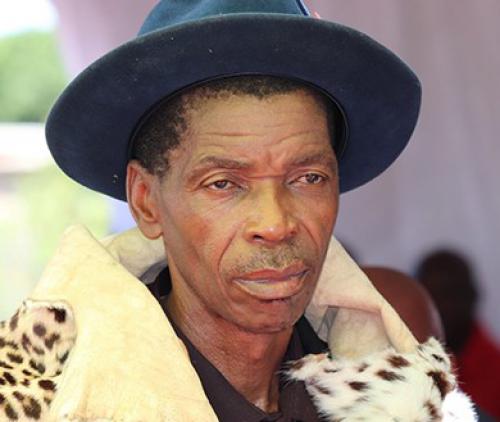 Mugivhi was installed as traditional leader in February last year, following a lengthy battle that also played out in the courts. In 2012, members of the royal family appointed Mviseni Vincent Mugivhi as senior traditional leader. This decision was not supported by a part of the family, who believed that customary practices had not been followed to determine who should be the successor.

In 2015, members of the family group, led by Mutheiwana Joseph Mugivhi, filed papers in the High Court to oppose the decision of installing Mviseni as the leader. The matter was subsequently investigated by the Commission on Traditional Leadership Disputes and Claims (CTLDC). In 2018, the Department of Co-operative Governance, Human Settlements and Traditional Affairs recommended that Mutheiwana Joseph Mugivhi be installed as the new leader.

The spokesperson for the Mugivhi Tribal Council, Mr Elias Ramagaya, who had worked very closely with the Thovhele, said that losing such a hard worker had been a huge shock for them. His death came at a time when he still had a huge role to play in the development of the area.

The Vhembe District Municipality’s executive mayor, Cllr Dowelani Nenguda, applauded Thovhele Mugivhi’s “wisdom and visionary leadership”. He added that the community members around the area were deeply touched with the death of Mugivhi. “The family members need our support in hard times like these,” he said.

Khosikhulu Vho-Toni Mphephu Ramabulana said Mugivhi's death had come as a huge shock to him. “He still had a lot to do, both for the community and royal family,” he said, adding that it would be very difficult to replace him. He expressed his condolences to the Mugivhi family. “He will be remembered for his hard work,” said Ramabulana.

He added that the late Mugivhi had contributed a great deal to the shaping of the local Mugivhi Territorial Council. “His death will undoubtedly leave a void too difficult to fill, not only in the family, but also in our community,” he said.

He will be buried at Tshiendeulu Tsha Vhakololo on Friday.