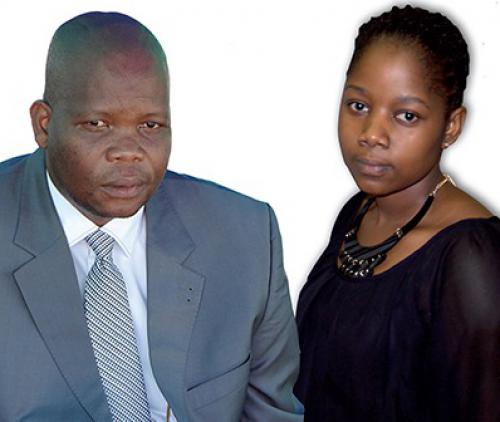 Some movement seems to be taking place in the drawn-out battle for the Vhavenda kingship. The Constitutional Court notified the warring parties this week to make submissions before April 2 this year, responding to three issues. The issues highlighted by the Constitutional Court may, however, indicate that the judges are considering stripping Khosikhulu Toni Mphephu Ramabulana of his temporary title while the case is pending in the Limpopo division of the High Court.

The legal team of Toni Ramabulana lodged an appeal last year against the April 2019 ruling of the Supreme Court of Appeal (SAC). The SAC ruled that Masindi Mphephu-Ramabulana had been discriminated against on the basis of her gender when the name of a candidate was forwarded as to who the new leader of the Vhavenda should be. This court set aside former president Jacob Zuma’s declaration that Toni Mphephu Ramabulana was the incumbent and the matter was sent back to the Limpopo High Court. The SAC also ruled that Toni Mphephu would serve as interim ruler, so as not to create a leadership vacuum while the case awaited a date for a hearing.

Masindi’s legal team hit back and filed a cross-appeal, requesting the court to remove Toni as “caretaker” king. She argued that the current situation was being abused, because while the case was dragging on, Toni Ramabulana was receiving a king’s salary and had no incentive to speed up the process.

The ConCourt judges sent letters to the parties last week, directing them to comment on the request that the certificate of recognition of Toni Ramabulana as king of the Vhavenda be withdrawn, awaiting the outcome of the High Court case. The parties must also make input as to the decision of the Supreme Court of Appeal (SAC) to not issue a cost order against Toni Ramabulana in the appeal case. Finally, the parties must respond to Masindi’s legal team’s request that the application for appeal to the Constitutional Court be dismissed with a punitive cost order.

A battle of more than ten years

The battle to determine who the leader of the Vhavenda nation should be, has been continuing for more than a decade. In July 2010, the Nhlapo Commission’s findings were announced. This commission found that the kingship/queenship of the Vhavenda was vested in the Mphephu-Ramabulana royal family.

In August 2010, the royal family (or council) identified Toni Mphephu-Ramabulana as the king of the Vhavenda. This decision was communicated to the relevant minister and premier and eventually led to then-President Zuma’s making the announcement.

The court gears slowly started moving, and in August 2015, the parties agreed to first deal with the “technical” matters. Masindi’s legal team raised 14 issues that they wanted the High Court to rule on. The issues raised included prescription periods and exactly who has jurisdiction during certain processes. It also required clarity as to what review processes were available as remedies.

The case was eventually heard in December 2016, but Judge Makgoba dismissed it. He also did not feel the case had a chance of success if appealed and refused permission. Masindi’s legal team proceeded to obtain permission to appeal directly to the SCA.

When the case was eventually considered in April 2019, the SCA’s judges arrived at a surprising conclusion. The five judges of the SCA did not agree with Judge Makgoba and felt that Masindi had been discriminated against because of her gender. They set aside Zuma’s declaration that Toni was king, and the case was referred back to the Limpopo High Court. Even though the SCA set aside the appointment of Toni as king, the court allowed him to rule in an interim capacity.

In July 2020, 15 months after the SAC ruling, Toni Ramabulana’s legal team filed papers in the Constitutional Court, requesting this court to set aside the SAC ruling. Masindi’s legal team followed up on this by filing a counterclaim at the ConCourt.