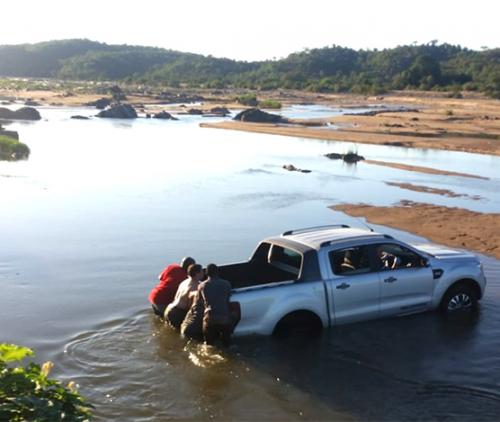 One of the Ford Rangers which were recovered in the Limpopo River. Photo: Limpopo Hawks

The Hawks’ Serious Organised Crime Investigation unit has arrested another suspect believed to be part of a specialised vehicle theft syndicate.

The 24-year-old suspect was arrested when he appeared for another unrelated case at the Brixton Regional Court in Johannesburg on 9 January. “The suspect is believed to be one of the ringleaders of a group of thieves that stole six new Ford Ranger cars at a Phalaborwa car dealership in December 2017. Five of the six stolen vehicles were recovered in the Limpopo River near Beitbridge before they could be smuggled into Zimbabwe,” said Hawks spokesperson Capt Matimba Maluleke.

As for the 24-year-old suspect, he will face charges relating to business robbery and theft of motor vehicles when appearing in the Musina Magistrate’s Court.  “Investigation to search for another possible suspect(s) is still on,” said Maluleke.