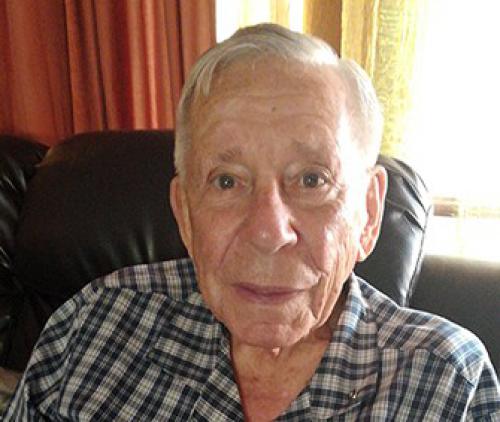 Uncle WAS (90) passes away after lifetime of service

Well-known Mr Willem Andries Stephanus Nel (better known as WAS), passed away on Wednesday, 10 February, after a short illness at the age of 90 years. This man of God touched the lives of thousands of people.

He was widely known in the extended areas of the Soutpansberg and Venda.  Mr Nel and his late wife, Berdina, were especially known for being involved in Tshilidzini Hospital from 1 November 1958. They considered the missionary field their calling.  He was the first secretary of this hospital, which was established on 31 May 1958. Mr Nel was a person known for his vision and was the constant factor throughout the years when doctors and ministers came and went.

“Our father made name for himself with the filing system that he designed for the hospital. Other filing systems on the same principle were implemented at a number of hospitals throughout the years,” his son Willem says.

After 25 years at the hospital, he transferred his duties to the late Mr Tshikovhi, who later became Director General of the Department of Health in Limpopo. Mr Nel also played a key role in the establishment of the Shayandima School for the Deaf and the Blind, as well as the training college for nurses.

Everybody with electricity in the Venda area can rightfully thank Mr Nel for his contributions. He assisted Mr Rogers of the Venda Electricity Corporation (VEC) – especially in the supporting services. His son Willem remembers that he visited his father one day at the VEC offices when an elderly Venda employee pulled him into an office and closed the door. His words were: “What I am going to tell you is irrespective of the fact that it is about your father. All of us working here are here because of him. He trained us and made it possible for us. I have never seen your father angry; he is such a patient man. No, I DID see him angry once, but it was with another white person.”

A man of God he was indeed. Together with his wife, the couple were busy with missionary work for 37 years – until she passed away in 2012. They literally taught thousands of Sunday school children across Venda. Wherever they went, these children stopped them (then adults) and asked something like the following: “Vho-Nel, do you still remember me? I was in the Davhana Sunday school in your class and I am still walking the road that you taught me.”

Mr Nel was involved in the community and served on numerous committees and boards. He and his spouse were involved in the distribution of approximately 40 000 Bibles and New Testaments per year – through the Gideons South Africa. This was mainly at remote schools in Venda. No effort or time was too much for him. He fought “Bible Poverty” by visiting and motivating churchgoers in this regard. Bibles were not only placed or given to those who wanted them, but also to those who might not have known they needed them (one of the goals of the Gideons).

Mr Nel (or Uncle WAS, as he was widely known) will sincerely be missed as he had time for everybody. He treated everyone with respect as he firmly believed that God had created man in his own image. He was a man of integrity and authority.

Mr Nel leaves behind five children, 12 grandchildren and 11 great-grandchildren. The celebration service for his life will take place at 12:00 on 21 February at Emmanuel Church in Louis Trichardt. As a result of the Covid-19 regulations, only close family can attend, but everybody is welcome to follow the live stream service via the church’s Facebook page.

Should anyone wish to make a donation, the family is requesting that it go towards the Gideons. Contact Loretta Mynhardt at 0828096904 or Lourens Nel at 0824643900 in this regard.