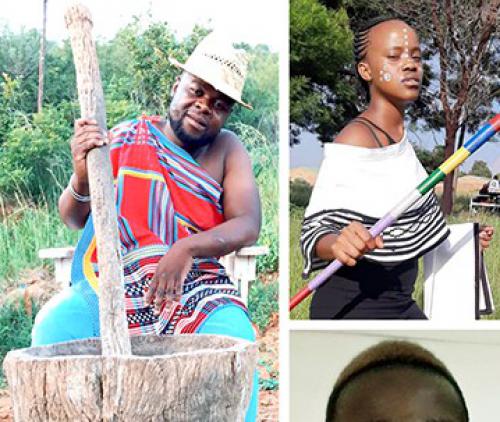 The Writers Corner Institute, which aims to promote, unite, and empower writers through the use of poetry, hosted the Limpopo Poetry Competition on Saturday, 1 May.

The institute trains artists on stage poetry and writing, and then helps the trained artists to gain ultimate exposure. Although the Limpopo Poetry Competition found its roots in Limpopo, the competition is national, which means that poets from all over the country could enter and participate. It has been running online since January, to comply with the Covid-19 regulations.

Scelo Madonsela (24) from Mkhonto Mpumalanga, Abbie Sebati (26) from Alexandra in Gauteng, Sibahle Maqashalala (21) from Tembisa in Gauteng, Tshisinanne Nemungadi (24) from Tshilata Masakona in Limpopo, and Hazel Khupane (23) from ka-Ngobe in Giyani in Limpopo were selected as the top five contestants and were pitched together for the final poetry performances, which were held at the Njhakanjhaka Community Hall.

“We had 45 participants in January when we opened the competition. We are glad that we were able to have the top five, among whom three winners were announced,” said the spokesperson for the Writers Corner Institute, Sheila Mathevula. “All five finalists will be featured in our first coming poetry anthology, which will be published via Hikhensile Khanimamba Publishers towards the year end.”

Tshisinanne Nemungadi was announced the winner (R1000), with Sibahle Maqashalala in second place (R500) and Scelo Madonsela in the third place (R250). They were also awarded certificates of honour.

A representative of the panel of judges, Mr Silence Baloyi, said: “The competition was fair and objective, and all participants were treated fairly.”