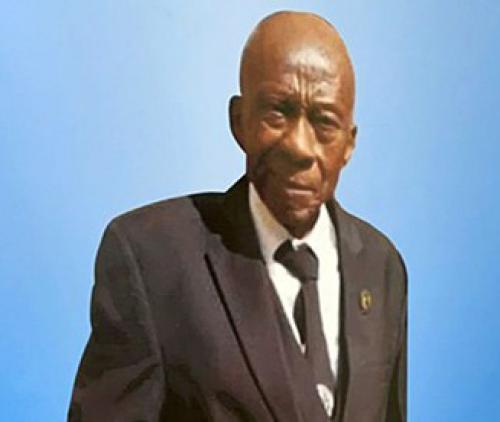 The late Mr Allison Moseboa  was a respected elder and member of the United Reformed Church. He was buried on Saturday, 29 May.

A highly respected elder and member of the United Reformed Church, Mr Allison Moseboa (93), was buried at the Gogobole graveyard on Saturday, 29 May.

Moseboa died at his home on 20 May after a long illness. He was an admired church member and community leader.

The family requested that the event be a celebration of a life well lived, and so not a tear was shed in the packed tent at his house. Among the mourners were community members, relatives, friends, and church members in their church regalia. Moseboa was famous for his love of his own community and the United Reformed Church. He fully dedicated his life to the Lord, and he was described as a pioneer, a born leader, and a man of vision.

His son, Mr Obby Moseboa, described his father’s death as a big loss to the family. He remembered his father as a very solemn, restrained, and dignified man. “He was one of a kind, a unique person who was always ready to help every member of his family and whoever came to him for help. For so many years, he served selflessly and faithfully in parishes throughout the country, and made himself available day and night to all who needed him. We have lost a great father,” he said.

According to Rev Ronald Neluheni of the Reformed Church, Moseboa was a community builder who helped everyone, despite their circumstances. “He was a real torch bearer who never looked back. The church had undergone a positive metamorphosis because of him. The family, community, and church grieve for this loss.”