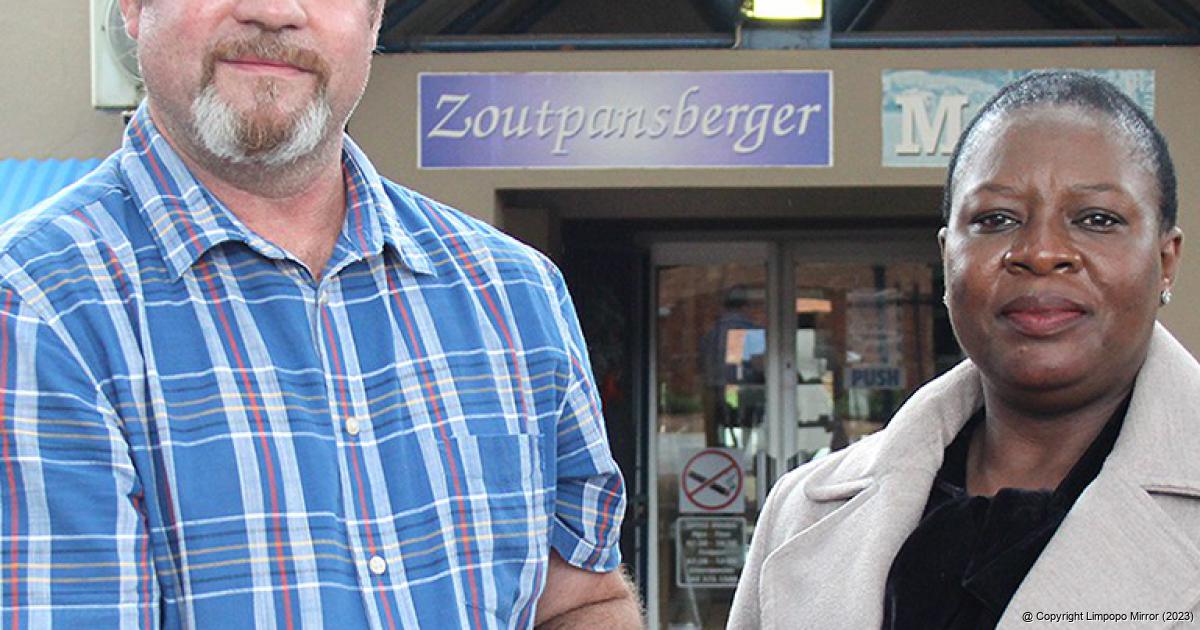 The news editor of the Zoutpansberger, Mr Andries van Zyl, handed Ms Malabi-Dzhangi a special plaque in recognition of her excellent work as a communicator last Friday.

Newspapers give recognition to top communicator

Ms Mashudu Malabi-Dzhangi from the National Prosecuting Authority’s office (Limpopo Division) in Polokwane is the first recipient of the Zoutnet group of newspapers’ Communicator of the Year award.

The Zoutpansberger and Limpopo Mirror felt that giving recognition annually to the spokespersons and communicators at various municipalities and government institutions who go out of their way to assist with the free flow of information was fitting.

“South Africa, and Limpopo in particular, desperately needs transparent institutions where access to information is not regarded as a luxury but a necessity. For the media to play a meaningful role in protecting our frail democracy, information is vital. The worst scenario for a journalist is to encounter a spokesperson who does not respect the fact that information is a perishable commodity,” said Anton van Zyl, manager of the two newspapers.

“Fortunately, there are some absolutely amazing communicators who are a pleasure to work with. These are the women and men who work long hours and go out of their way to assist journalists. They are also extremely competent and at all times professional,” he said.

All the journalists and correspondents writing for the local newspapers were asked to submit names of communicators whom they felt deserved to be recognized. Three people were nominated, namely Ms Mashudu Malabi-Dzhangi from the NPA, Ms Tidimalo Chenue from the Limpopo Department of Basic Education and Mr Moss Shibambu, the media liaison officer for the Vhembe District Municipality. All three were considered to go beyond the call of duty to assist members of the media and inform the public.

One of the criteria looked at when deciding on a winner was the spokesperson’s professionalism and impartiality when dealing with the media. In Limpopo in particular, certain government communicators view themselves as “gatekeepers”, ignoring requests from institutions regarded as “negative media”. Some government institutions are also notorious for not caring at all about their constitutional duty to be transparent, accountable and provide information to the public.

“This makes it so much more special when you find committed communicators who are almost always available to assist,” said Van Zyl. “The feedback that we received from various journalists was that the three people nominated go out of their way to gather the relevant information and make it available to journalists. They are always quick to respond to requests for further information or clarity and are always courteous and very professional,” he said.