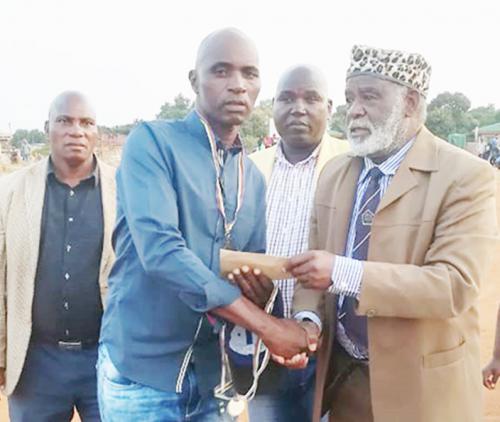 Young Fighters are the Mulindavhathu champions

Young Fighters received R3 000, a soccer kit, a soccer ball and gold medals during a ceremony held at the grounds shortly after the final whistle. Fighters beat Muledzhi Fire Boys 2-0 in the quarterfinal and Tshandama Try Together 2-1 in the semi-final stage of the tournament.

The runners-up, Khubvi Dangerous Darkies, took home R2 000, a soccer kit, a soccer ball and silver medals. Darkies beat Mutshenzheni Gorillas 4-3 in their opening match and Berea FC in a penalty shoot-out in the semi-final.

The remaining teams were each given a consolation prize of a soccer ball.  Eleven teams took part in this year’s tournament.

During the ceremony, one of the organizers for the tournament, Mr Prince Mapholi, thanked the players and fans for their behavior throughout the tournament.