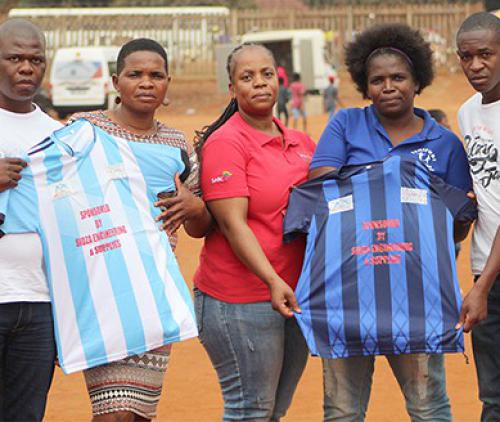 The gogos could not believe their eyes when they received the new kit and a soccer ball. Mr Lufuno Nedzamba of Sidza Engineering, the sponsor, said it had touched his heart when he learnt that the gogos were playing soccer without proper sports attire. He said the women were a true example of women’s empowerment, because they were proving that there was no longer a sporting code for a certain gender.

“You are keeping your bodies healthy and you must remember that a healthy body harbours a healthy mind. Let’s do away with the idea that elders are supposed to sit at home, doing nothing until sunset," he added. He encouraged the elderly to keep up their active lifestyles.

The captain of the Lavhelesani Old Age team, Ms Mpedziseni Mapholi, said they had established the team with the aim of helping the elders to relieve stress and keep them healthy.