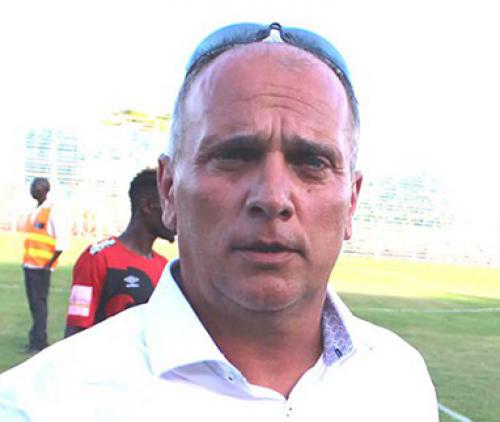 Coach Heric to face the axe?

The future of Mr Vladislav Heric as head coach of Tshakhuma Tsha Madzivhandila (TTM) is on the line. The Serbian mentor was placed on special leave with full pay with effect from last week.

The club’s communication and marketing manager, Mr Tshidino Ndou, revealed that the decision to put Heric on special leave had something to do with an incident that occurred in the team’s league match against JDR Stars at the Soshanguve Giant Stadium outside Pretoria two weeks ago.

Ndou stated that the coach had been instructed not to be on the team’s technical bench that day. Heric had come back from Serbia a few days before that match. He was granted family responsibility leave to take care of his father, who was seriously ill at the time.

Ndou further said that the management realized that Mr Heric was still battling to come to terms with his father’s illness. “Realizing that he was not mentally capable, due to his father’s illness, we ordered him to allow his assistant to do the job and watch the game from the grandstand,” he said. Instead of complying, the coach allegedly turned a deaf ear and gave the team instructions from the bench throughout the game.

According to Ndou, the team’s performance had deteriorated dramatically after Mr Heric had told them that his father was ill. Ndou stated that the team lost two matches in a row under the guidance of Heric before he left for Serbia, prompting the management to believe that his heart was in Serbia although his body was in the team’s camp.

Asked what would happen at the end of his special leave, Ndou stated that the club would decide if a need existed for them to charge the coach with misconduct. Should he be fired, Heric will be the third TTM coach to face the chop this season. Another Serbian national, Mr Momcilo Medic, was the first man to part ways with Vhadau Vha Damani unceremoniously about six months ago. He was replaced with Mr Erol Akbay, the Belgian national, who was fired within the space of two months after his appointment.