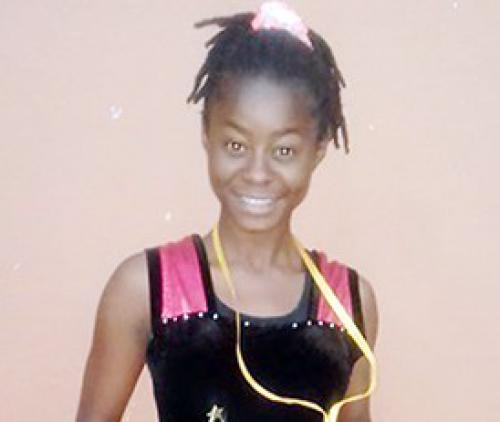 Angel has a passion for gymnastics

The 19-year-old Angel Mulaudzi of Mailaskop is a keen member of the Louis Trichardt Gymnastics Club.

Mulaudzi matriculated at Makhado Comprehensive school and spent a lot of time watching gymnastics, which made her fall in love with the sport. “I had a burning desire for the sport, so much so that I pushed my family until they let me join.” I joined the club for three months, but then I had to leave it because of financial challenges. That did not diminish the love I have for the sport. While I was away from the club for the rest of the year, I used to push myself to train alone at home,” she said.

She mentioned that this was not easy, because they use apparatus in artistic gymnastics and the space was limited at home. “I always motivated myself with the idea that if you don't quit, you will win.”

The following year, her family sent her back to the gymnastics club, which she considered a "God-answered-my-prayers situation".

In 2018, her fortuitous journey continued. “I got an opportunity to go and learn more about the sport, and I managed to get a coaching certificate. I competed from district to provincial to national level that year, and I managed to come back with a gold medal in artistic gymnastics.”

In 2019, she got the opportunity to go for a judging course, where she managed to become a qualified judge. She said that becoming a judge had not been easy, since she was the only black judge. As time went on, ”I adapted to working with others”, she said.

In December 2019, she had an opportunity to judge at national level as the youngest judge to do so in school sports championships.

Earlier this year, she went on a judging course for rope skipping, and she passed. The journey is not an easy one, considering the lack of financial stability of her family. “I used to call it a sport, but as I was becoming more successful, I realized that it was not a sport for me but my passion.”

She advises the youth to surround themselves with dreamers, doers, believers and thinkers, “but most of all, surround yourself with those who see greatness within you, even when you don't see it yourself. Whatever you do, you have to keep moving forward”.