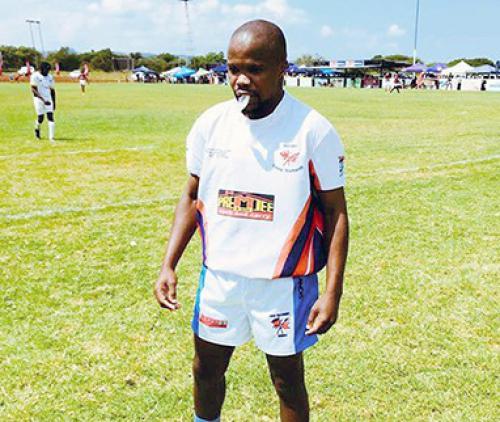 This institute is an expansion of the Madombidzha Rugby Club and will focus on giving children an opportunity to participate competitively in sports such as rugby, athletics, netball and cricket.

Marageni started playing rugby at the tender age of six years for Laerskool Louis Trichardt. He later moved on to Louis Trichardt High school’s rugby team, then to Northwest University’s Vaal Campus and on to West Rand Harlequins. He was recruited by the Louis Trichardt Rugby team. “I was part of the LTT Rugby Club’s second team that won the Limpopo North region league in 2019,” he said proudly.

The Madombidzha Rugby Club was initiated in 2018 with the idea of identifying young boys from different parts of the country, teaching them life skills, and giving them rugby training. The club also partners with different primary and secondary schools in a bid to provide their young stars with valuable sports education.

Marageni strives to give his best in everything he does in life. He is a motivator and developer to many rugby players around the Vhembe District, and is still an enthusiastic, hardworking rugby player himself.

“I had a dream of using new ways to empower young people and turn them into great sportsmen, so I had to stop everything else I was doing to focus on implementing my ideas,” he said. “Those ideas, infused with hard work and determination, are bearing fruit.”

He encourages the young that rugby is played by all races. “There is no sport that was designed for certain colours. As black people, we are restricted a lot and undermined in this game, which gives us more reason to prove people wrong.”

His message to the youth during these trying times is that they must find something that will not only keep them busy but also develop them as human beings. Being influenced into drug use and crime when times are difficult happens easily, so they must be strong-minded and always focus on the bigger picture, which is what they wish to be in the next five to 10 years, and make sure everything they do helps them work towards that vision.

The Madombidzha Sport and Recreation Institute and Rugby Club are also hosting the Louis Trichardt touch-rugby festival on 28 November.