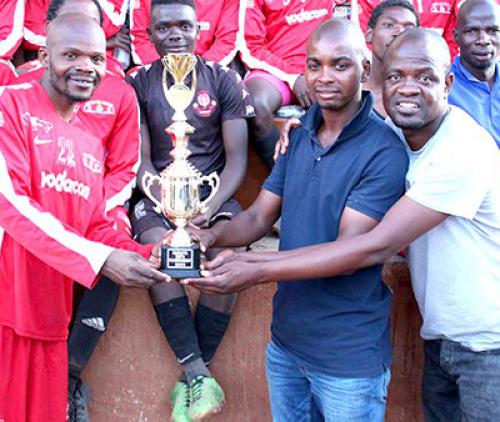 Berea FC are still in celebratory mood after they were crowned the champions of the Mafanya Soccer Tournament at the Tshanzhe Grounds last Sunday.

Berea, or Mutshotshonono as they are affectionately called, beat Folovhodwe Stone Breakers 1-0 in the final. The team from Zwigodini village in the Niani area were presented with a cash prize of R10 000 and a floating trophy shortly after the final game.

Berea’s way to the final went via Lukau FC, whom they beat 2-0 in their semi-final match at the same venue earlier that day. The runners-up, Folovhodwe Stone Breakers, took home a cheque to the value of R5 000. The teams booted out of the tournament in the semi-final stage, Lukau FC and Tshikundamalema Lurangwe FC, received R2 000 each during the ceremony.

At the presentation, Mr Sydney Mafanya, who sponsored the tournament, revealed that he was satisfied with the manner in which the tournament had been run. He also indicated that he was impressed by the standard of football that the teams had displayed throughout the tournament. He concluded by saying that he was tempted to sponsor another tournament at the same venue in the near future.