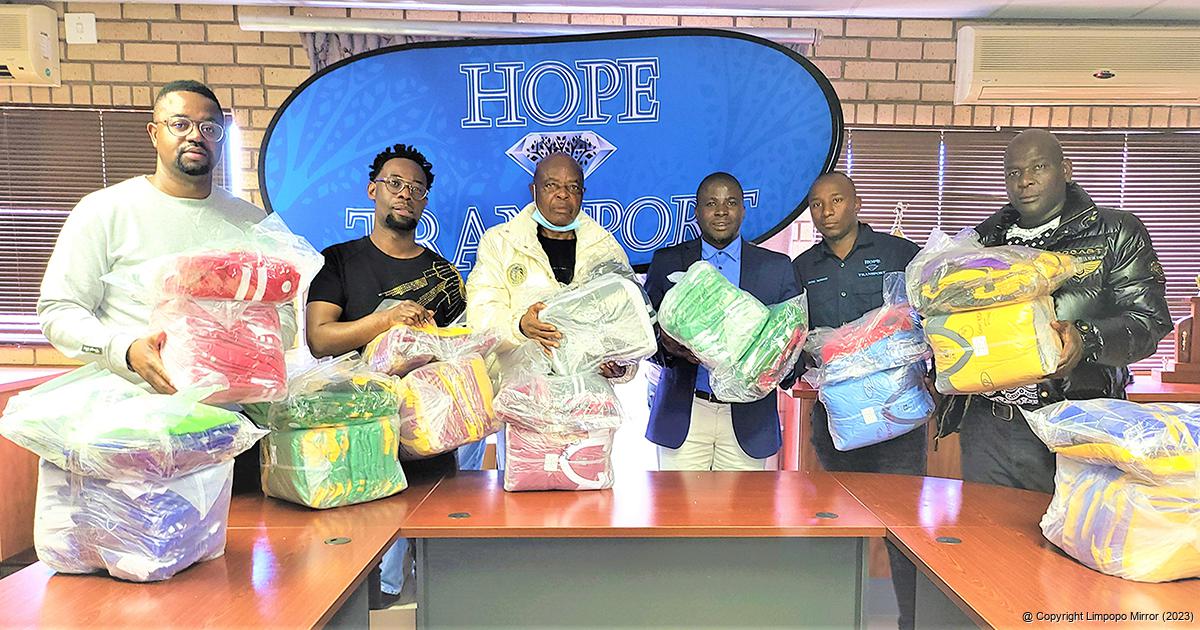 The launch of the Musina Sports Development Programme is regarded as a giant step towards empowering struggling sport teams. The opening ceremony was held at Musina’s municipal offices on Wednesday, 15 June, where Musina Mayor Nkhanedzeni Godfrey Mawela and Hope Diamond Transport did the honours.

Ten new soccer kits to the value of R50 000 were handed over during the event and will be distributed to deserving struggling soccer teams across the Musina Municipality.

The general manager of Hope Diamond Transport, Mr Pfuluwani Tshilande, said that his company had a social responsibility to plough back into the communities. Over the years, Hope Diamond Transport has been running various sporting tournaments around Musina, and Tshilande feels that they need to continue their contribution towards developing sport in the area. “There would be no point for us to run our business here if we cannot contribute to the well-being of the local communities,” he said.

Tshilande said that the soccer kits were only the start of the sports programme while they prepared for the rollout of more sporting equipment. “We know that we have various sporting activities both in urban and rural parts of Musina, and we have previously contributed to many different sporting codes. We are now working on the logistics for a big mayoral tournament with massive prizes next year.”

Mayor Mawela said the partnership between the Musina Municipality and Hope Diamond Transport would assist sports development. “These ten soccer kits unveiled here today will mean a lot to struggling soccer teams around our municipality. We have many good soccer players around Musina, but it is painful to see them struggling to access basic needs like soccer kits. We are happy that, today, we are starting a new chapter in the development of sports in the Musina Municipality,” he said.